HOW ARE PERCEPTIONS OF BRITAIN CHANGING OVERSEAS AND DOES IT MATTER FOR TOURISM? 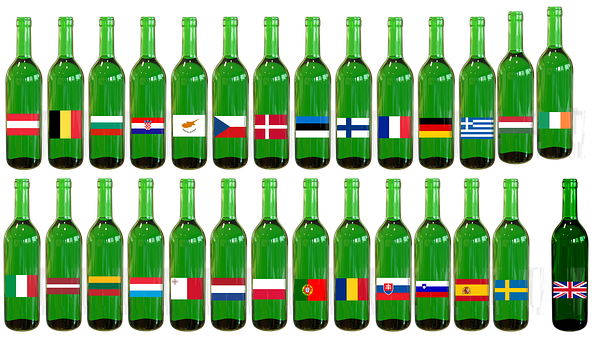 Britain’s future relationship with the EU and indeed, the rest of the world, is of course still very much up in the air.  Businesses relying heavily upon inbound tourism have therefore become increasingly concerned with understanding how perceptions of Britain are changing among overseas markets as this process unfolds.  And most critically of all, they need to identify which of these perceptions will have the strongest material impact on the volume and value of inbound visits.

To inform this, VisitBritain has been tracking perceptions of Britain via a couple of excellent research studies in recent years:

From these studies, there is no doubt that the image of Britain as a centre for contemporary culture with a vibrant city life and world class urban and heritage attractions remains undiminished.  But despite this, claimed interest in visiting Britain is in decline.  VisitBritain’s consumer sentiment research shows a steady decline in visit interest within key markets, from 76% at Wave 1 (immediately post-referendum in August 2016) to 63% at Wave 9 (September 2019).  Nowhere is this decline greater than in Germany, a sentiment reinforced by findings from the Nations Brand Index.

So if perceptions of our product remain strong, what is driving this decline?  In short, it’s our image as a welcoming nation.  From a post-Olympic 2013 peak of 10th out of 50 nations, we have declined to 16th in 2019 on the Nations Brand Index statement ‘if visited, the people would make me feel very welcome’, with the largest drop coming from 2016 onwards.  The consumer sentiment research also shows a five percentage point decline in agreement that Britain is ‘welcoming to visitors’ between August 2016 and September 2019.

There is evidence that ongoing uncertainty is also impacting upon propensity to visit.  In September 2019, a whopping 47% of travellers from Britain’s key inbound markets were concerned about the uncertainty around travel arrangements and the impact it could have on their travel to Britain.  For 2020 perhaps there is now some short term ‘transition period’ certainty following our withdrawal from the EU, but potential tourists will need some reassurance in the coming months on arrangements for 2021 and beyond before committing to a trip.

As yet, this decline in claimed interest in visiting Britain is yet to translate into actual behaviour.  The latest International Passenger Survey data shows a likely 9% growth in spend by inbound tourists in 2019.  Furthermore, VisitBritain forecasts a record 2020 for inbound visitor spend, up 6% on 2019 to £26.6bn.

However, whilst 2020 may well be another positive year for inbound tourism, the warning signs are there for 2021 and beyond.  As a society, we now expect and demand our leisure activities to be delivered on a plate, instantly and hassle free.  Any perceived barrier to this and the customer is instantly lost elsewhere.  Indeed, the strongest concerns expressed by potential tourists about travel to Britain post-Brexit within the consumer sentiment research focussed on the potential complexity and hassle involved with a trip.  It will therefore be vital to deliver assurances and certainty on areas such as visas, travel insurance, mobile phone charges and border checks if we are to avoid the current decline in intention to visit translating into tangible reductions in Britain’s tourism revenues.

If you’re in the visitor attraction business, you couldn’t summarise... END_OF_DOCUMENT_TOKEN_TO_BE_REPLACED

So Mark Zuckerberg made it sound so simple. “The thing that we are trying to do at Facebook, is just help people connect and communicate more efficiently.” Social networks were supposed to help the world connect, be a platform to share views that provide food for thought and ultimately bring us all closer together. END_OF_DOCUMENT_TOKEN_TO_BE_REPLACED