Iceland is on the cusp.  Geographically, yes.  Politically, always.  But also in terms of its approach to tourism.  This country, with its population of just 340,000 – that’s Cardiff – is at a tourism crossroads.  If it gets its strategy right, it could prove to be the model for how to legitimately theme an entire industry around sustainability.  So why would they wish to do that? Well, since the 2010 volcanic eruption of Eyjafjallajokull, which focussed the international spotlight on this northern outpost, inbound tourism to Iceland has experienced staggering growth.  The average annual increase in overseas visitors has run at 24% for each year since 2010, with that rate becoming ever more rapid, culminating in a 39% upsurge between 2015 and 2016.  There are now five times as many incoming tourists each year than there are people who reside in Iceland, with US tourists alone outnumbering residents in 2016.  Indeed, the US has led the charge, with growth between 2015 and 2016 of over 70%, making it the strongest inbound market, just ahead of the UK.

Such extreme growth, however, has led to pressure on Iceland’s rather rudimentary infrastructure (road conditions and lack of toilets are the two most frequently mentioned improvements needed according to the Icelandic tourist board’s main survey of visitors) and raised the spectre of ‘overtourism’, compromising the main motivation of visitors – to experience the country’s natural environment.  Once viewed as the antidote to the 2008 financial crash, the debate now rages among residents and government alike on the best policy going forward – make hay and cash in while the sun shines or protect Iceland’s unique landscapes, environment and just as importantly, culture?  And the debate will no doubt continue to roll on with only limited action whilst the government remains a broad-based coalition consisting of a Left-Green prime minister and right wing finance minister. But Iceland has an opportunity right now to lay the foundations for the best of both worlds, creating an entire tourism industry based on long term sustainability.  With a relatively small population to support and such a huge influx of tourists, surely the country can afford to be a little more choosy about what type of tourist it welcomes – those who perhaps show greatest respect for their hosts?

It will no doubt be a tough nut to crack.  From all of the independent research I’ve seen on the UK market for example, the notion of ‘sustainable’ holidays is still in its infancy and always appears low down the list of priorities of what is important when thinking about a holiday.  It seems to be what the word ‘niche’ was invented for at the moment.  It’s perhaps only when sustainability becomes an issue on your own doorstep that it becomes truly ingrained into the nation’s psyche. 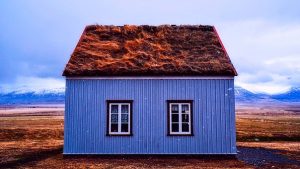 But it could work in the context of Iceland.  It’s clearly a trendy destination, with around half of its inbound visitors aged under 35 years – if sustainability is going to work, then this is the market that is most likely to embrace it.  And there are already some signs of action.  The customer facing Icelandic Tourist Board website focusses as much on how to be a responsible and safe tourist (visitors can take the Icelandic Pledge for responsible tourism and understand how to drive safely) as it does on marketing the country’s assets.  Iceland’s Vakinn quality mark for tourism businesses also features heavily on the site and incorporates environmental as well as the more conventional aspects of quality.  And government legislation has restricted those wishing to rent out properties through Airbnb to 90 days a year in an attempt to maintain the character and integrity of its districts.

The holy grail would be for Iceland to become synonymous with responsible tourism – the land that welcomes the responsible tourist – and even market itself as such.  A brave move, but one which could eventually result in the industry policing itself in a virtuous circle.

This also presents an opportunity for tour operators looking to promote their own green credentials or niche in responsible tourism, particularly those who currently operate out of the US and / or the UK. As always, for this to become reality there will need to be strong leadership from government and there are encouraging signs via the appointment of the country’s first ever minister for tourism.  However, there will also need to be enthusiastic buy in from a wide range of other stakeholders, from airlines to tour operators to accommodation providers (including Iceland’s resident Airbnbers), but most importantly, those inbound tourists who currently visit to experience the unique natural environment it offers.  If overtourism leads to commoditisation, as it has in so many other cases, then the tourism tsunami will sweep through Iceland placing an entire economy at risk.

If you are a statto like me, then there is a great document produced by the Icelandic Tourist Board that brings together all the data and insight on inbound visitors here: https://www.ferdamalastofa.is/en/recearch-and-statistics/tourism-in-iceland-in-figures.  There is also a detailed article on sustainable tourism in Iceland written by Michael Chapman here which discusses these issue in more detail: https://guidetoiceland.is/history-culture/sustainable-tourism-in-iceland#Still%20Sus

If you’re in the visitor attraction business, you couldn’t summarise... END_OF_DOCUMENT_TOKEN_TO_BE_REPLACED

So Mark Zuckerberg made it sound so simple. “The thing that we are trying to do at Facebook, is just help people connect and communicate more efficiently.” Social networks were supposed to help the world connect, be a platform to share views that provide food for thought and ultimately bring us all closer together. END_OF_DOCUMENT_TOKEN_TO_BE_REPLACED